Yorkshire Endeavour Academy Trust is a unique and exciting partnership that was formed in 2018 by five primary schools that have a long and successful track record of collaborative working. Each with significant expertise in supporting schools.

Yorkshire Endeavour Academy Trust is a unique and exciting partnership that was formed in 2018 by five primary schools that have a long and successful track record of collaborative working. Each with significant expertise in supporting schools.

You are here: Home > About our school > Our governors > Governor profiles

"My children are the fifth generation of my family to attend Castleton Primary School so I have a vested interest in the development of the school, and it is this which led me to becoming a parent governor in 2016.  I am passionate about the role our three village schools play within the local communities and about the many benefits of small schools. I studied Japanese & German at the University of Leeds and then lived and worked in London for over ten years before returning to Castleton in 2014. I currently work for a local marketing agency which specialises in marketing for the hospitality industry. In my spare time, I am actively involved in a number of community groups and organisations within the local area including the village hall and the village cricket and tennis clubs."

"I joined the governing body when I became the Headteacher at Castleton and Glaisdale schools in 2020. I work closely with Mrs Ward and the governing body to nurture and inspire our pupils and staff so that each school is recognised as a beacon of excellence within their community. Out of school, I enjoy spending time with my family, bodyboarding in the sea, growing fruit and vegetables on our allotment and cooking the produce."

“I became a governor initially when I became the Headteacher at Lealholm in 2011 and I now sit on the amalgamated governing body of Castleton, Glaisdale and Lealholm schools.  My overall focus is always on how I can make a difference for the children in our schools and how they can be provided with the best possible education and prepared for life in the modern world. Outside of school, I enjoy spending time with family, fitness classes, walking and reading.”

“As a Headteacher of a Primary School, I appreciate the importance of good Governance and the need for Governors to support schools as much as possible. I wanted to give something back to the school which has given my daughter an exceptional educational and social experience since she joined Castleton in 2018.  I have been a teacher for 17 years and am currently the Headteacher of a one-form-entry Primary School in Yarm, which also has a 26-place Nursery provision. Outside of education, I enjoy cycling, mine exploration and photography.”

“I was keen to join the governing body as I have two children who attend Castleton school. I currently work as a Year 3 Lead in a large local primary school.  I love being outside and am a huge fan of Forest School and strongly believe that learning should be full of fun.”

"I wanted to join the governing body to be involved in the development and education of the pupils in school and to support the schools in their growth and sustainability. I am an Offshore Shutdown and Construction Coordinator and have experience in project management and HR.  Two of my children are currently pupils in key stage 2 at Castleton. I am also a Trustee of the YEAT. Outside of governance, I enjoy walking, mountain biking, football and I run a junior football team.  I also spend a large amount of time ferrying my children around and watching them participate in various activities!"

I became a school governor as I have a strong interest in supporting my local community, and our strong village school system is an important part of that community. My wife and I moved to the area as part of our semi-retirement plan and now run holiday cottages. I am a co-opted governor, and have no family ties to the school but I felt that my previous business experience could be put to good use in helping our schools, and from a personal point of view, I wanted to give my brain a bit of exercise! I am part of the Finance Sub-Committee and am the Link Governor responsible for attendance. As well as being a school governor, I am also a member of Glaisdale Parish Council, a trustee of the Robinson Institute in Glaisdale, committee member of the Moorsweb rural broadband scheme and chair of Glaisdale Cricket Club. I see part of my role as a governor as an opportunity to help foster and develop links between all of these local community groups. When I'm not doing building work or voluntary work, my main interests are music (I still play in my old band from the 1980s) and also cricket, where I have been known to turn out for Glaisdale Cricket Club!

"I was lucky enough to move to Castleton in 2020, just before the first lockdown. What a fantastic place! I wanted to give something back to the village that had welcomed us so warmly and so am delighted to be a governor here. I have many years’ experience of being a governor and hope to bring that experience to the governing body at our 3 schools. I am now retired but I worked for many years in a local authority and was responsible for school audits for a time. As a result of losing most of my hearing when I was 34, I have a particular interest in inclusion. I have 3 children and 2 grandchildren whose company I adore – when I can get it! In my spare time I enjoy the countryside, gardens, walking our dog and reading." 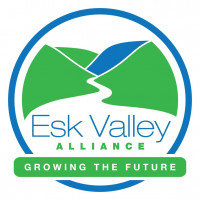 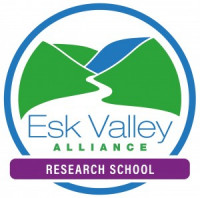